Regularly, my son and I visit the local library where we enjoy the use of the splendid atmosphere, which is to be found there. It is a well-planned library with large windows and plenty of natural light. The patrons are found using the library's computers, their laptops, or reading the varied reference material in print or audiovisual that stacks the shelves. As one sits around the cubicles, focusing on one's work, from time to time, the odd cell phone rings. The attendant answering their phones, speaking just whisper more loudly as they rush towards the library's lobby, to address their call without disturbing others.

A young lad of "twenty-something", has been disturbing our peace by talking to his friends loudly via his computer. The security officer and the attending librarian, have warned him multiple times, if they continued receiving complaints about him, they would ask him to leave. He has not stopped.

Day after day, this young man would sit in his chair by the window playing his video games. One could clearly hear his exchange with his mates on the other end as they talk about their gaming. I could overhear that he was a millionaire and that others owed him hundreds of thousands; I took all this in jest. Despite being annoyed by his lack of respect for others, I also became concerned about his health. I could not understand how he could sit for hours on end. Dressed in his short black coat, obsessed with what he was doing, he would have no need for him to get up from time to time and just stretch his legs or use the washroom. His health was in peril. One day, I decided to sit next to this young man and ask him directly if he was aware of his reality.

I began by asking him for permission to be in his space and if he would not mind answering some of my questions. I informed him that I was writing a blog in which I was trying to help adolescents deal with issues in their lives. He was curious enough to have us continue our conversation. He assured, me that he was getting sufficient exercise by using his bicycle in the early hours of the day (past midnight), that he was a nocturnal type of personality. He seemed to be very bright and alert about the world around him. When asked about school, he was non-specific but voiced a keen interest in mathematics.

I told him that I was concerned about young men like himself, wasting their lives online, void of human contact of "real life." He tried to assure me that this was not so: By using the Internet, he was able to communicate with like-minded friends in many places across the world. Not only would they chat about the games they were playing, but also share in other issues that they faced in their lives. I did not want to get into an in-depth discussion with him at that time. I felt I was probing too much, and I should allow some time for each of us to absorb each other's point of view and gain trust.

That same day in the news, a somewhat related item brought the subject matter to the forefront. Four young people between the ages of 17 to 23, had planned to carry on a mass killing of innocent bystanders in a local mall in Halifax, Nova Scotia. (Canadian man and American woman charged over foiled mass shooting plot.). They had met online; they too had "common interests." They had planned to carry out this mass execution. Afterward, they would take their own lives. The Internet had provided them with the conduit by which they could find each other, find common ground for their devious thinking, and plot to do harm to others. My thoughts turned to the young man at the library. I thought of other young individuals I had witnessed spending inordinate amounts of time, playing or watching these hideous, gruesome episodes on television, video, or gaming. I questioned their isolation from "The Real World" and their distorted view of reality. I remembered Plato's Allegory of the Cave, and how important it was for educators to spend time and to explain this concept to young people. When young "malleable minds" are exposed for hours on end, to "perceived" reality, such an illusion becomes real over time. Young people begin to see and think that what they have been witnessing over time in these structured visual games is, in fact, the real world. The question remains how we adults control this dominating temptation to spend so much time on one focused activity.

Unlike in Plato's Allegory of the cave, thankfully, our young men and women, are not chained or enslaved to see, the world of shadows on the walls of the cave. Providing a productive environment at school and home, for active young minds to experience the real world, helps them develop "discrimination" between what is reality and make-believe. They slowly can take charge and develop what all educators try to instill in young minds, "critical thinking."

Today, I turned to the young man I have spoken about and asked if he would not mind reading up to this point what I had written. I explained to him that I had no intention of being critical of his life or behavior. I sought to explain to myself and my audience, "my perception" of his reality.

Furthermore, I asked that after he read my essay if he would not mind giving me his input after thinking about it. He was courteous to read what I had written and noted, "It was a fair assessment." I asked him to please Google, "Plato's Allegory of the Cave" and watch an animation on YouTube. I will wait for his thoughts, the next time we meet.

Eager to continue my conversation with young Julian, I disrupted his game playing long enough to discuss further my article. He was playing a game called Arma 3. When we discussed his game, he was eager to point out that the game he was engaged in was a simulation of real-life and that it had value. It demonstrated how decisions one takes, which result in actions in the game, have almost realistic consequences, usually based on monetary gains or losses. After all, I thought, these games were themselves programmed by other young people who sought to entice participants to purchase their games for profit. Perhaps I was too harsh on my young friend? I turned to the Elysium Fields for guidance.

As I walked through the vineyards laden with a bounty of clusters of sparkling grapes, dripping in the due to of Helios' radiance, I could hear loud singing and merriment filling the air. My curiosity to know, led my path to a circular open-air amphitheater where Gods could be seen partaking in a celebration. My presence felt by them; I bowed my head to show respect when a voice called out to me. It was Dionysus, the God of wine and merriment; he spoke to me: 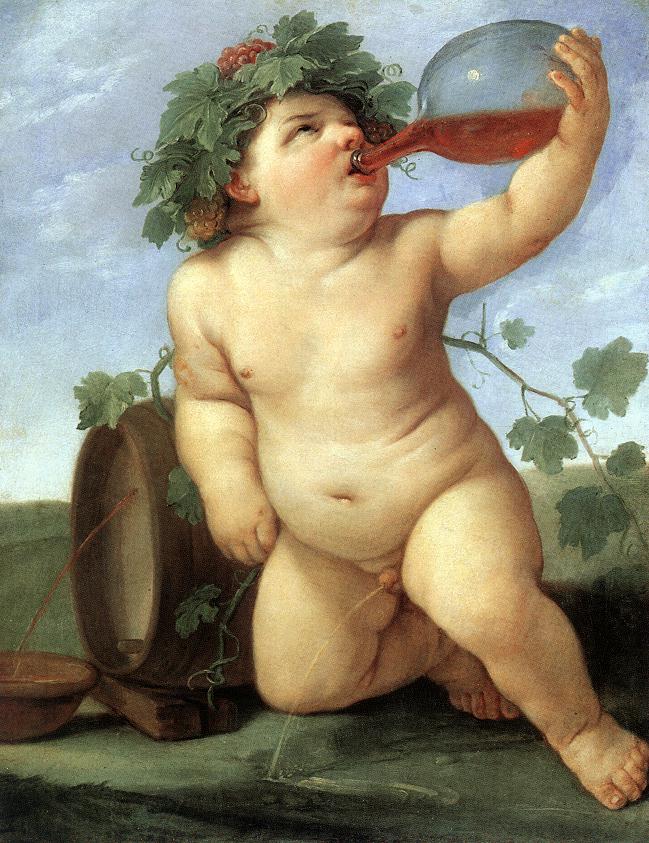 "Young bearer of the Light, do not be so critical of your youth for wanting to dull their curious minds in good wine; it is part of self-discovery. We accept man's indulgence in the fruit of forgetfulness. Let them choose with care, the clusters of grapes from which to make this wine because God Chronos is hidden among the vineyards, ready to steal their youth and speed their journey to Hades."

When I awoke, I knew what to do. I know young Julian and other young people will be reading this story, so I will "interpret" the message from the Gods:

Wine, like all intoxicants, helps you escape the reality of life. Such intoxicants include drugs, alcohol, ingredients, natural or artificial, as well as visual and audio effects, which stimulate and overpower your senses. Like the Sirens in Odysseus adventures, such as "stimulants" beat and enslave your minds for prolonged periods, mesmerizing you, helping you escape. By their message, the Gods accept any such "small" experience of escape. At the same time, they give a stark warning that Chronos, the God of time, lays in waiting for you to take away your precious time of youth and life (Clip your wings). In other words, to allow any escape from life's experiences of your reality, will only lead to a life squandered, void of wisdom. It is also important to remember the "Butterfly Effect" as I explain in EPISODE XIV - THE AGE OF RAGE AND THE BUTTERFLY. Such squander of your time affects others in your reality. It burdens all of the society because while you escape "under the influence," others, who care about you, must meet your basic needs. 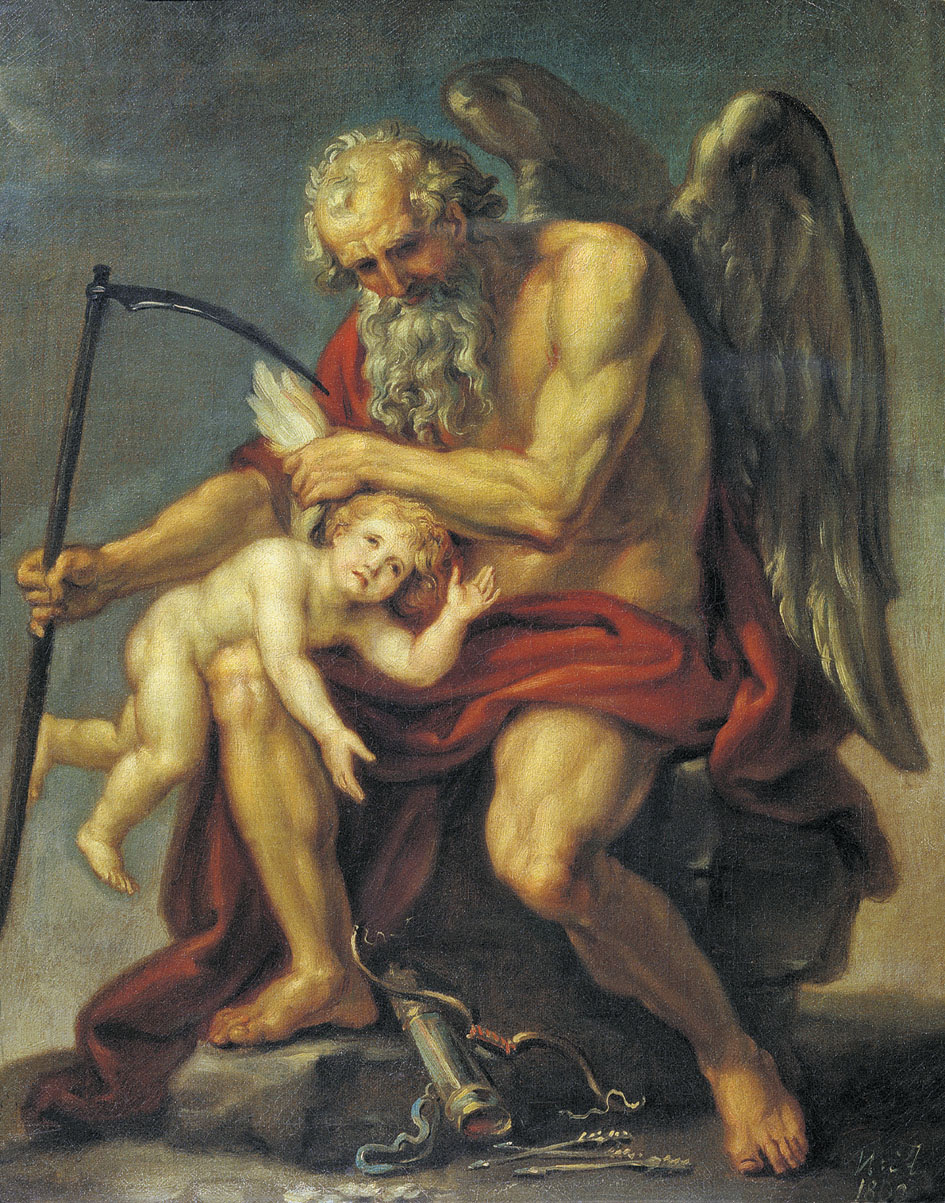 In ancient times, Hellenic children were introduced to the drinking of wine as early as age five. It was recognized then, that wine mixed with water was the right way of assuring that the water was safe to drink, that it was safe from bacterial contamination. However, it was considered antisocial to drink only pure wine without mixing it with water. Such persons were recognized as alcoholics and an embarrassment to their families and their communities. That is to say, all right to escape by playing video games, watching television and other entertainment forms "but"; all these forms of escape, should not dominate one's life because "time flies." Before you know it, you have fallen behind in your schooling, your social life and escaped your reality. You may have grown physically, aged with time (Chronos), but gained little wisdom, the way to the Elysian Fields.

Let me quote another passage from Desiderate:

"Take kindly the counsel of the years,
gracefully surrendering the things of youth."

I do not believe in using fear or coercion to explain to our youth the path of love and wisdom. I would encourage those who are interested in the subject of Internet addiction to searching this subject out. Here is just one link to get you started which was posted on The Telegraph News, " Inside the Chinese boot camp treating Internet addiction."

Posted by Canadian Storyteller at 4:53 AM