INDIRECT MESSAGES FROM THE LIGHT - A COINCIDENCE?

AUTHOR’S NOTES: INDIRECT MESSAGES FROM THE LIGHT.
A COINCIDENCE?

I mentioned in my opening statements many moons ago, that there is much about me and the Elysian Fields which I will reveal "in time". Thus far, I have taken my young friends in a journey of discovery and knowledge of "The Light", within us. Let me now just throw out some tantalizing "past and current coincidences", and I will let these young or older minds of imagination interpret this as best they can, having followed through the reading of all my stories in sequence to date.

(1) I was baptized, as Elias, my family name being Leousis. For many years I would strike a conversation with my father about our ancestors. He usually hesitated to answer my questions only to say that "he had heard" from his elders that we had escaped to the mountains of North Kynouria, Greece because we were in “fear for our lives,”, but ended it there by saying that I should know that I am blessed by "the mystery of life.". At the time I also took it for granted, that the first male born in our family would be named Elias Leousis (Eleusis) and thought nothing more. Have a look at the location of Eleusis, Greece and the location of North Kynouria, Greece. Escaped by sea? Just a coincidence, I suppose.

(2) In 1958, a year after my family arrived in Montreal, my aunt and uncle decided to move to Toronto, Ontario, for better job opportunities. My parents so dependent on them as they were the only family in Canada, decided to tag along.
It was an early spring day, when I decided to go across from the house we were staying and venture onto the nearby park, just a block away. On a bench, with a huge sketch pad in hand, this man stared out in loss. I felt a flash into the Elysian Fields urgently calling me to take note: Flashes of Daedalus, along with a multiple of his sketches and designs, invaded my reality. 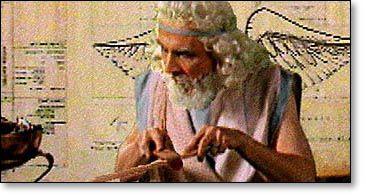 As I passed behind the bench where this artist sat, my hand started following along the curvature of the bench rest, I "accidentally" touched him on his right shoulder, long enough for him to come out of his suspended gaze of loss. I paused, smiled and continued slowly away.

Someone hour or so later, after playing with some kids in the playground, I passed by the bench area where this man sat, except now he was animated and focused, drawing a sketch of something tall. He became aware of my presence, smiled and looked at me and ordered me to sit down, "Hey kid, have a seat." He started to talk to me in English of which I understood little, but I remember his repeated smiles as he looked at me, using that strange phrase as he drew on his pad, he repeated to me, "You inspired me." Years later, I have come to visit Toronto and come across this statue outside the library: It is the same statue that this artist drew, so many years ago.

It depicts two towers upon which what seems to be a craft (jet) having penetrated at the very top; could it be?

The artist was Gerald Gladstone, who had designed this monument at the Walter Stewart Library. Although Mr. Gladstone named his monument, “Undiscovered Galaxy,” one wonders if he was shown the future at that moment when I passed and touched him on his right shoulder; could it be a "coincidence?"

(3) Elias Leousis (Eleusis): For those of you who know my stories, have a look at the following link: Eleusis "The Hellenic National Meteorological Service (HNMS) weather station of Eleusis has an average maximum July temperature of 33.0°C (1958-2001 HNMS)[3] and it has recorded temperatures over 45.0°C, nine times between 1973–2007, just like my body temperature; could it be a "coincidence?"

(4) This past week, Nov. 9th, 2014, the Scotiabank Giller Prize in literature, recognized Mr. Sean Michaels, as the best Canadian fiction writer for his novel, U.S. Conductors. His book is based on the life of Lev Sergeyevich Termen, a Russian scientist who was active in the 1930s.

Mr. Michael's book was published in April of this year, 2014. "Coincidence", you might say, that on February 27th, 2014, two months earlier, I had published my story, "The Gypsy", in which Mr. Lev Sergeyevich, figures prominently as being the scientist, who perhaps saved our world from total nuclear annihilation. There must be hundreds of Russian scientists in history, both past and current. What are the chances of myself and Mr. Michael's selecting the same scientist and writing about him within a period of time? It there a question of theft of character or something more sinister about all this? I think not. Could Mr. Lev Sergeyevich be "speaking from the grave", as I have written to Mr. Michaels? Could "The Light", have something to do with this? I suspect the latter; could it be just another "coincidence?"

Within weeks of launching my stories on my blog, in 2013, the United Nations declared Dec. 2015, "The Year of the Light." Could it be a "coincidence?"?

"It is a unique opportunity to inspire, educate, and connect the citizens of the world on a global scale. On 20 December 2013, The United Nations (UN) General Assembly 68th Session proclaimed 2015 as the International Year of Light". 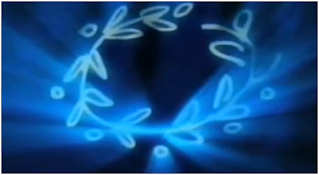 (6) The (scar) on my right shoulder which lasted until my firstborn son, just a coincidence?

(7) One pleasant day, while sitting at the computer, the warmth of the sun coming through the window of the living room, I found myself drifting aimlessly into the Elysium. When I came through and looked at my screen I found the following message:

Just a coincidence; or perhaps an indirect message from the Light?

(8) Gretta's visit to Montreal after years of posting my stories online; just a coincidence?:

(9) For those scientific in mind:

Eleousis, my ancestral origin as described in the literature, refers to the Eleusinian Mysteries.

During these festivities, initiates would partake in a secret religious ritual in which  "hallucination"

would be brought about by a brew known as Kykeon. Most current serious scientific research,

research in Quantum physics. Could it be that because of "my gift/endowment" at the firing range,

I have been given a key to enter this phase of travel into such a multiverse, at will? 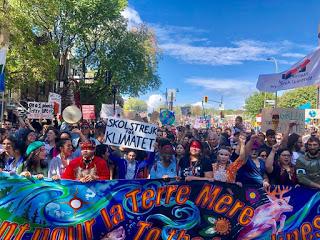 NB: The above was posted on my blog, Sunday, Sept. 30th, 2019, at 12:20 in the afternoon. Since Greta's visit last year, I have had these flashes several times. Can anyone interpret for me what all this may mean? Oh, perhaps just another "coincidence."

Following my visit to Mount-Royal, I walked past one of the entrances to the cemetery and noticed one of many mausoleum with Hellenic architecture there which reminded me of ancient Athens and its temples. A haunting dark flash of mysterious images kept on appearing of things to come: An image of a temple of God,The more I thought about these visions, I remembered the plague of Athens during the Peloponnesian wars. Could this have anything to do with the “plague of Covod19”?

I just Googled, “astrological number 19” and was given the following information:

“Number 19 represents completion in numerology. This number is made up of numbers 1 and 9. Number 1 signifies a beginning and 9 signifies an end, which makes number 19 a message that indicates you're set for the next stage in life.”

I wonder if "anyone specific in my life" has a relationship to this number 19, and there is a message, perhaps a challenge, brought about from The Light? It is possible they have fallen into the "darkness of the cave"? Has God Apollo released a deadly arrow contaminated with a biological messenger? Need this person break out and come out into The Light? Know that hey have my blessing and my guidance, for I am only a humble guidepost on the same path, just ahead of them, on my way to absolute wisdom and my just reward, a place in the Elysium fields.

The Covid19, a message from the Gods; perhaps just a coincidence? 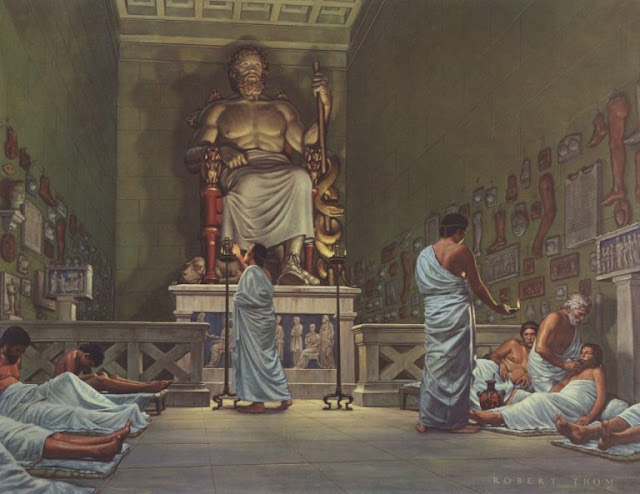 Asclepius, God the healer looking on:

(10) This fall, a while attempting to cover cover the statue of Artemis which sits in my back yard, a butterfly on her way to Hades sat on the head of the statute, I felt my Lucy's presence. For some reason she insisted that I not cover the statute this time. It was a sign of things to come. 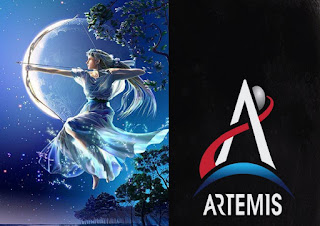 Three weeks ago ( six months later), on my daily walk, I met "Diana", who mentioned that she might help spread the Light. Hmmm, "Diana?"

ABOUT ELEOUSIS AND THE LIGHT:

Stay with me and keep coming back, I will update you on our journey to the Elysium through the guidance of The Light, using the path of love, through youthful imagination towards ultimate wisdom, just one step before enlightenment.